On my last trip, my character meets seemed a little bit more unresponsive. This got me thinking… “what can I do to make a more personalized interaction between the character and my family?” I knew I need to talk to a Disney Veteran and Character Pro, Heather(snowdrop), (on my creative team). Heather has met over 195 characters, and has a website dedicated to characters she’s met, I Love Characters. Stop by her site to check out all her character meets.

A few months ago Heather wrote an article, Character Interaction Tips & Ideas: Princesses, with her tips for meeting, talking and interacting with your favorite princess. Check out that post here.

Today, here are some tips for getting some great interaction with characters from the Pixar movies! From Toy Story, the Incredibles, Monsters Inc, Cars, Up & Brave. 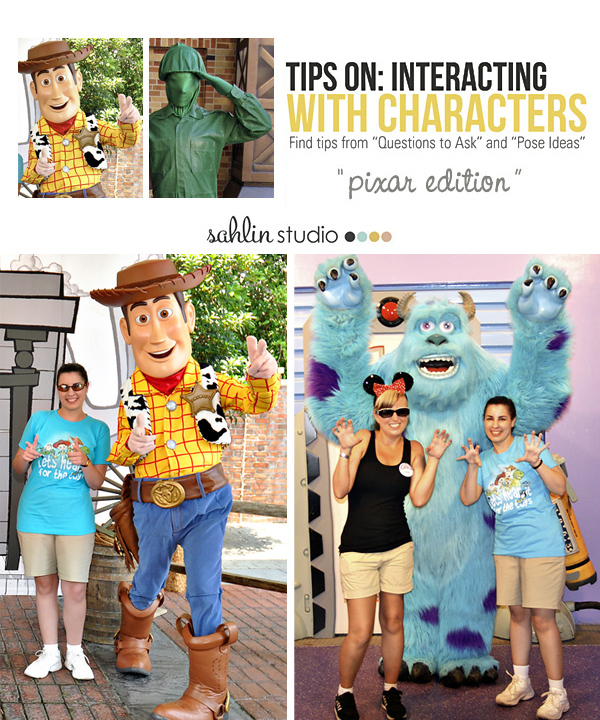 Before writing about each Toy Story character, I should take time to address something that went viral earlier this year. Yelling “Andy is coming!” will NOT get a response. The characters won’t fall on the ground. This may have happened once or twice in the past, but it is too hard for the characters to do every time. Once this went viral, people were yelling this, even if they weren’t in line for the character. The only thing that might happen is an eye roll from the character attendant and others in line.  There are still a ton of fun things to do with these characters, though!

-Ask how he feels about Jessie

PHOTO POSE IDEA: For a fun picture, ask to do a pose where he’s using the laser on his arm OR Buzz usually poses with his hand on his hip, so join in the fun! 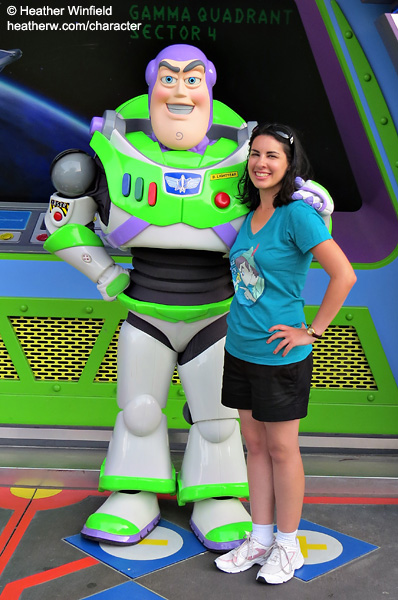 -Greet him with “Howdy Partner!”

-Ask  if Andy’s name is still written on the bottom of his boot. Don’t be surprised if he decides to show you!

-Point out the pull tab on his back

PHOTO POSE IDEA: For a fun picture, ask to do a shooting pose 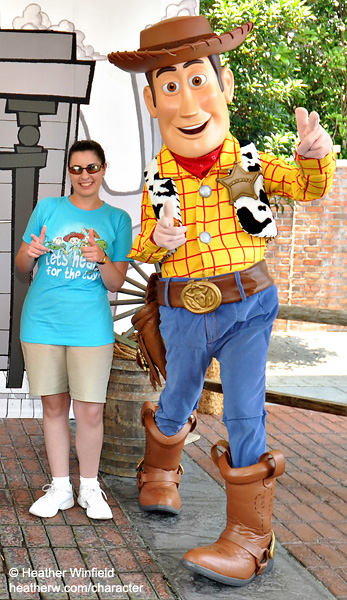 -Ask her about Buzz

-Talk about being a cowgirl

PHOTO POSE IDEA: For a fun picture, ask to do a pose where she’s holding onto her hat 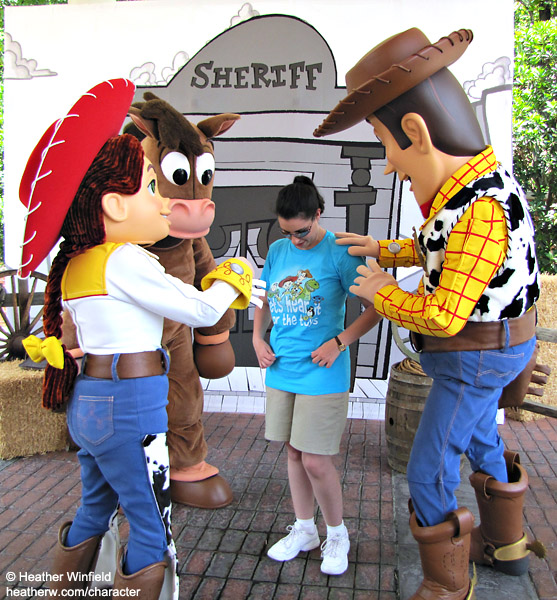 -Challenge him to pushups 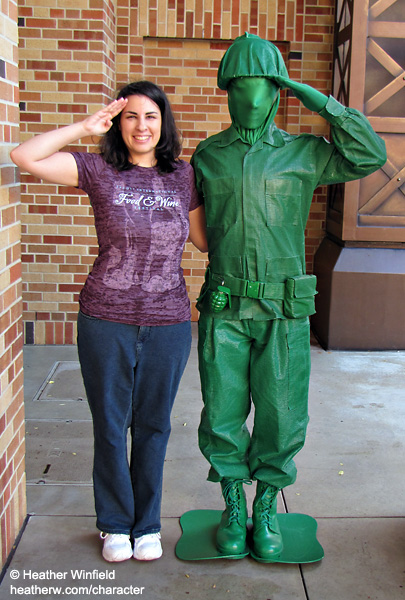 -Tell him you love strawberries

-Lotso is a hugger, so make sure you get a hug! 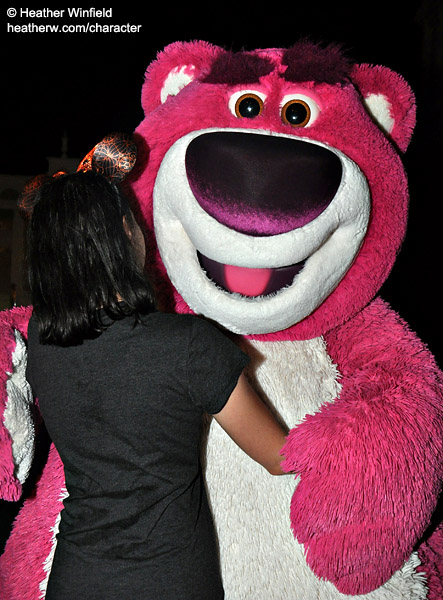 -Challenge Mr. Incredible to a arm wrestling match. (This works better at Hollywood Studios at Disney World than at California Adventure because there’s a table in the meet and greet area.)

PHOTO POSE IDEA: For a fun photo, show off your muscles 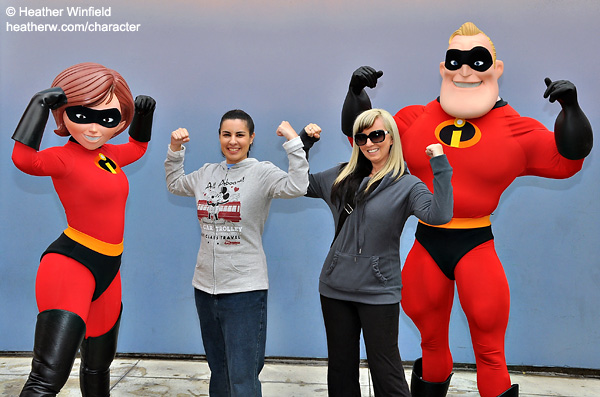 -Tell him how cool it is that he can freeze things!

-Ask if it was hard to keep up his secret idenity

-Talk to him about Sulley and relate it to your own best friend!

-He gives amazing hugs, so be sure to get a hug!

-Tell him you can help with the laugh power and tell him a joke!

PHOTO POSE IDEA: For a fun picture, growl and be scary like Sulley with your hands 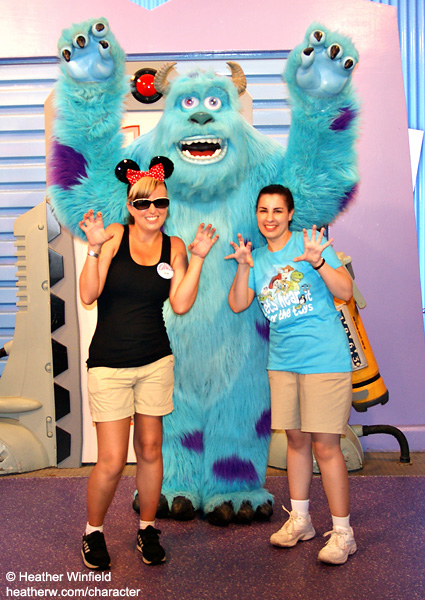 -Ask if you can “get an autograph”, and rub their tires on your autograph book

-For Red (at California Adventure), ask him not to spray you

PHOTO POSE IDEA: For a fun picture, lean your hand or arm on the car (but not too much!) 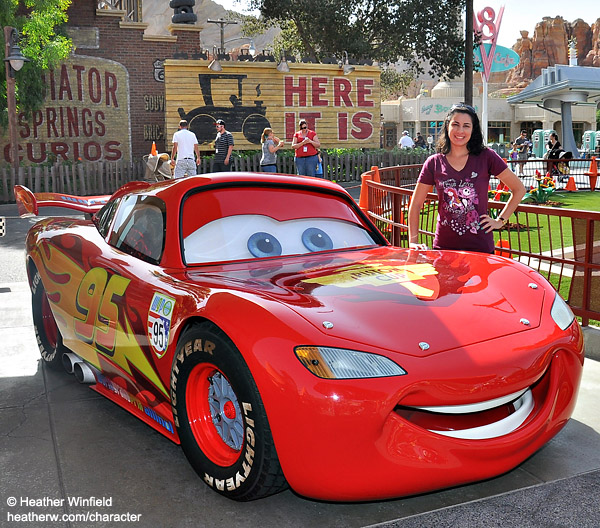 -Talk about one of the Wilderness Explorer badges he’s received. Ask which is his favorite.

-Ask about Carl and Kevin

PHOTO POSE IDEA: For a fun picture, ask to do the Wilderness Explorer sign. 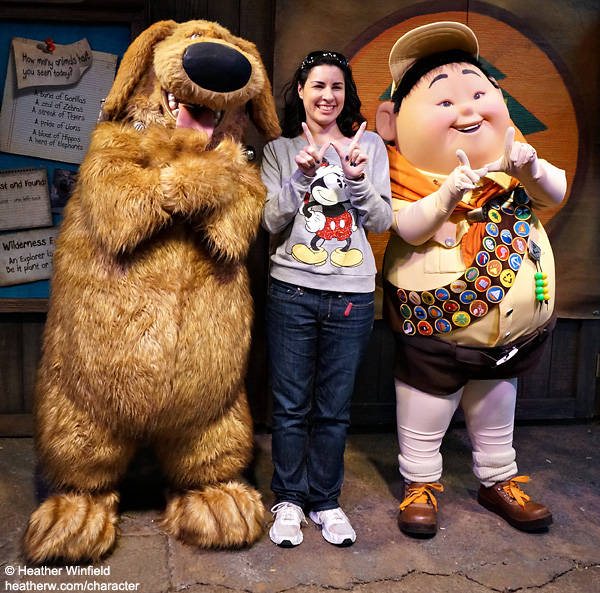 -Ask if you can pet him.

-Tell him you also don’t like the Cone of Shame

– Ask for some archery lessons.

PHOTO POSE IDEA: For a fun picture, ask to do an archery pose. 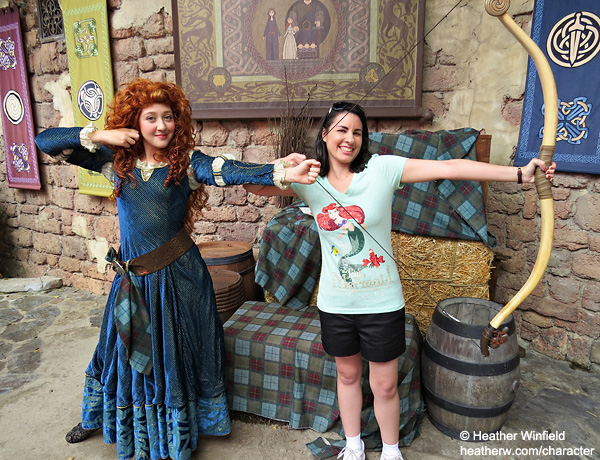 I hope this helps you come up with a few things to talk about next time you meet up with some of your favorite Pixar characters. Do you have any fun experiences to share? Share some things you’ve talked about in the comments!