On my last trip, my character meets seemed a little bit more unresponsive. This got me thinking… “what can I do to make a more personalized interaction between the character and my family?” I knew I need to talk to a Disney Veteran and Character Pro, Heather (snowdrop), (on my creative team). Heather has met over 235 characters, and has a website dedicated to characters she’s met, I Love Characters. Stop by her site to check out all her character meets!

Also be sure to check out a few of the other character articles, all geared towards fun tips interacting with Princesses , Pixar Characters, and Villains

Today, let’s talk about meeting and interacting with Mickey and Friends, the VIPs of the Disney parks! These characters also have many different outfits that they wear though out the parks, so I will include some specific interaction tips for those found daily in Walt Disney World & Disneyland. And when in doubt, compliment their adorable (because it’s always adorable) outfit! 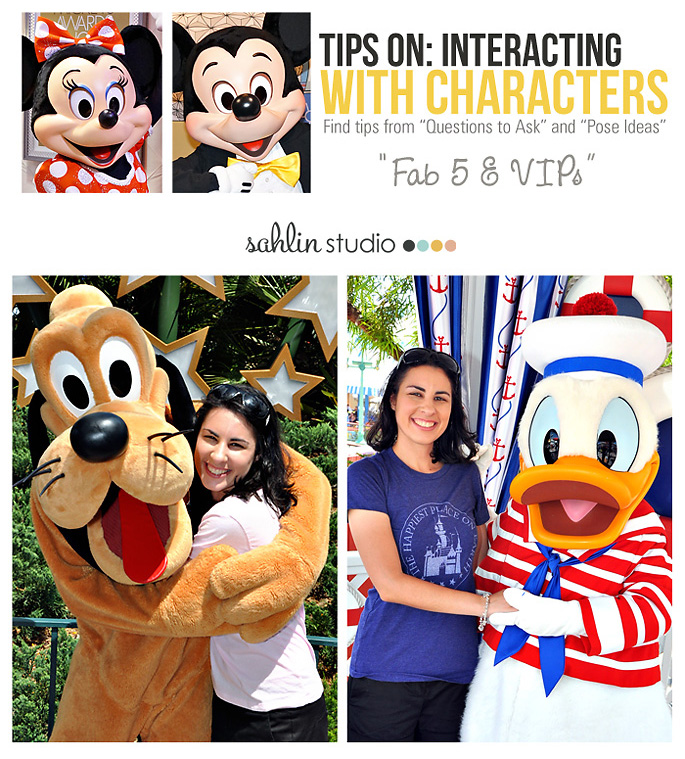 -Talk about Pluto. Ask if anyone has returned Pluto to him after they read Pluto’s tag!

-I always suggest wearing a shirt or outfit with the character on it, but this is especially easy for Mickey! Bonus for wearing ears!

-Congratulate Mickey on Disneyland’s 60th, no matter which park you are in. After all, it was all started with a mouse! 🙂

-If meeting him at Chef Mickey’s or Garden Grill character meals at Walt Disney World,  compliment him on cooking such a great meal!

-Currently at the Magic Kingdom, you will meet Talking Mickey. It’s a very different experience. While you can still interact, Talking Mickey only likes chatting about a few of the same things, so it’s harder to be spontaneous with his interactions. Depending on his mood, he likes to play a magic trick with cards, or discuss the Haunted Mansion. Just understand that you might not be able to play around as much as with most character meets, but it’s still Mickey! 🙂

-If meeting him in his Sorcerer apprentice outfit at Hollywood Studios or Disneyland, ask him about the magic of the hat!

-If meeting at Disneyland, ask about his house in Toontown.

-If meeting him in his house in Toontown in Disneyland, ask if he wants to do a pose in front of the mirror! 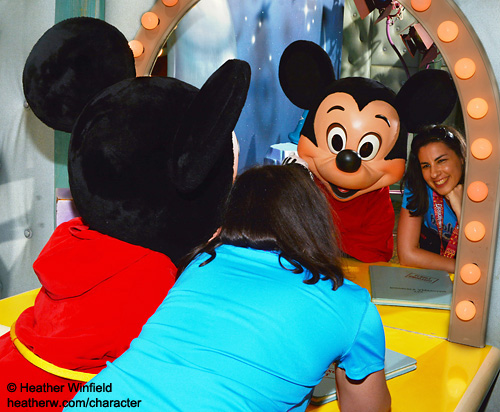 -If meeting him at Disney California Adventure on Buena Vista Street, talk about how you love watching him star in the trolley show. For a fun picture, do a “One for all and all for one!” Newsies Pose from the show! 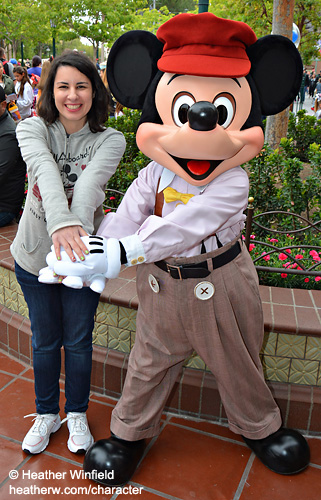 -Compliment her wardrobe. I know that I would love her closet! Tell her which is your favorite outfit you’ve seen her in, and ask which is her favorite!

-Ask about her friend Daisy

-If meeting at Magic Kingdom in Storybook Circus, ask her about her poodle training! Ask her which poodle is her favorite.

-If meeting at Animal Kingdom, ask if you can spot any animals from Mickey & Minnie’s Safari area

-If meeting at the Cape May Café Breakfast at the Beach Club, ask to do a swimming pose!

-If meeting at Disneyland, ask about her house in Toontown

-If meeting her at Plaza Restaurant or Goofy’s Kitchen character meals at Disneyland, compliment her on cooking such a great meal!

PHOTO POSE IDEA: For a fun picture, show off your skirt with Minnie!

-If meeting at Magic Kingdom in Storybook Circus, ask how his motorcycle ended up through his backdrop. 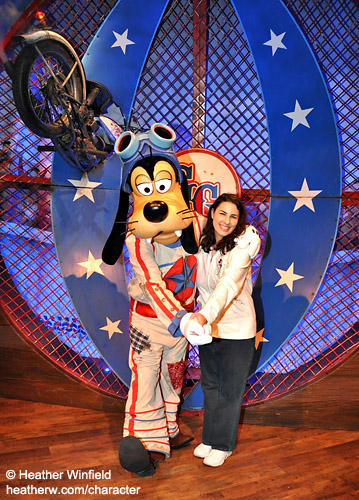 -If meeting at the Cape May Café Breakfast at the Beach Club, ask to do a swimming pose!

-If meeting him at Goofy’s Kitchen at the Disneyland Hotel, compliment him on cooking such a great meal! 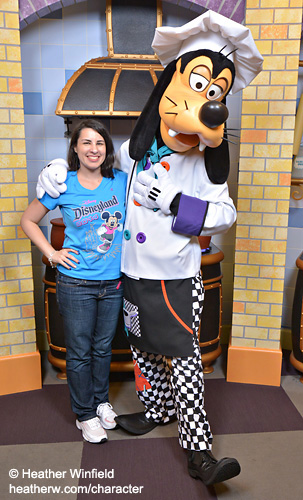 -If at Disneyland, ask about his house in Toontown

-If meeting him at Disney California Adventure on Buena Vista Street, compliment him on his spiffy clothes and his dancing during the Five and Dime Show!

-Read his tag out loud which says, ” If found, please return to Mickey Mouse”, and tell him you must take him  back to Mickey now! 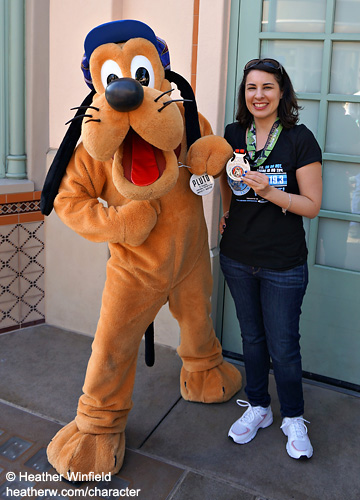 -Tell him he is much cooler than those stinky Dalmatians!

-If meeting him at the Magic Kingdom, and Marie is meeting next to him, compliment him playing well with cats!

PHOTO POSE IDEA: For a fun picture, do a puppy pose! 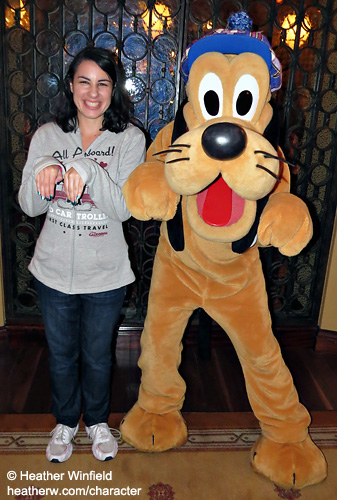 -Tell him he’s obviously #1! Or for the opposite reaction, tell him Mickey is the best (or wear a Mickey shirt when meeting him!) 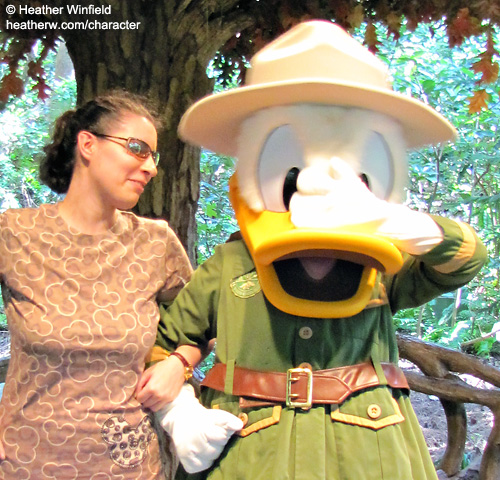 -Ask about Huey, Dewey and Louie!

– Ask if he likes to go sailing

-If meeting him at Magic Kingdom in Storybook Circus, ask him to show you how he charms snakes.

-If meeting him at Mexico in Epcot, ask about Jose & Panchito, his fellow caballeros!

-Ask her about Donald

-Ask her about her friendship with Minnie

-Ask about Huey, Dewey and Louie

-If meeting at Magic Kingdom in Storybook Circus, ask her to read your fortune. Also ask to get a picture with her crystal ball! 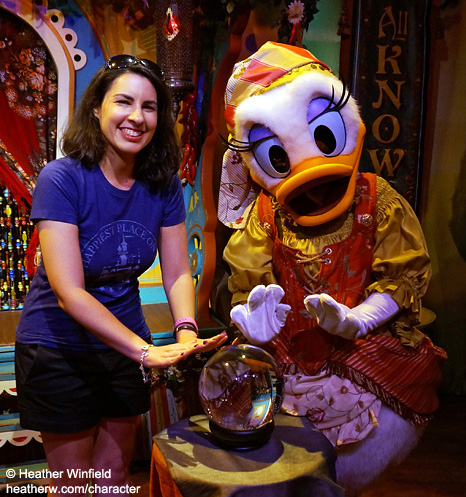 PHOTO POSE IDEA: For a fun picture,  do a fun girly pose

-If you are meeting them solo, ask about the other and where he is!

-Tell them YOU know how to tell them apart, but your friend/parent/etc doesn’t know which is which, and ask what the best way to know is.

-Talk about how much they love playing jokes. Ask if they are ever going to stop playing pranks on Pluto and Donald.

-Ask them which one is going to end up with Clarice!

-If at Disneyland, ask about their Treehouse in Toontown 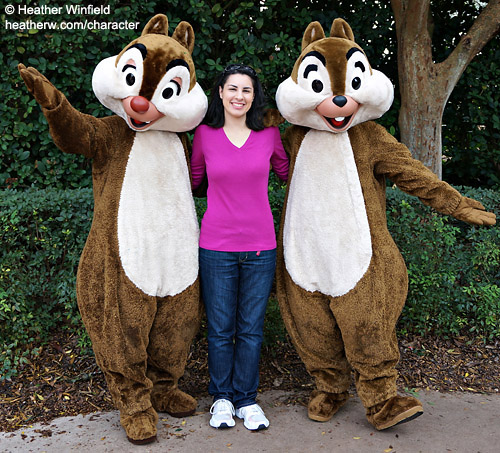 Looking for a great way to document your Character and Disney moments?

Check out and learn more about Project Mouse collection. 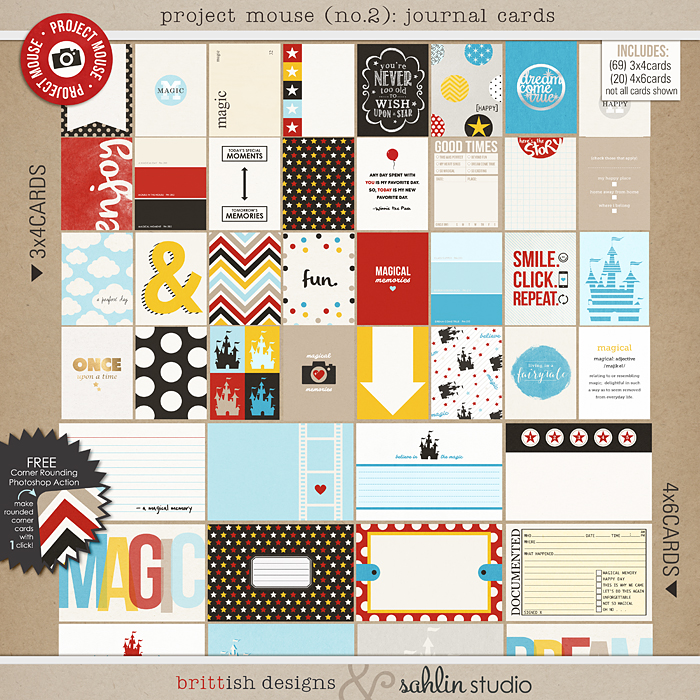 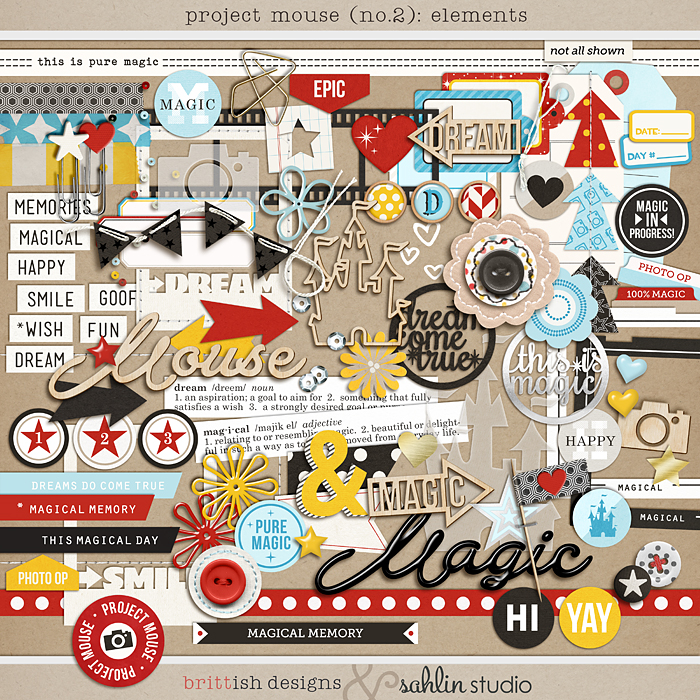 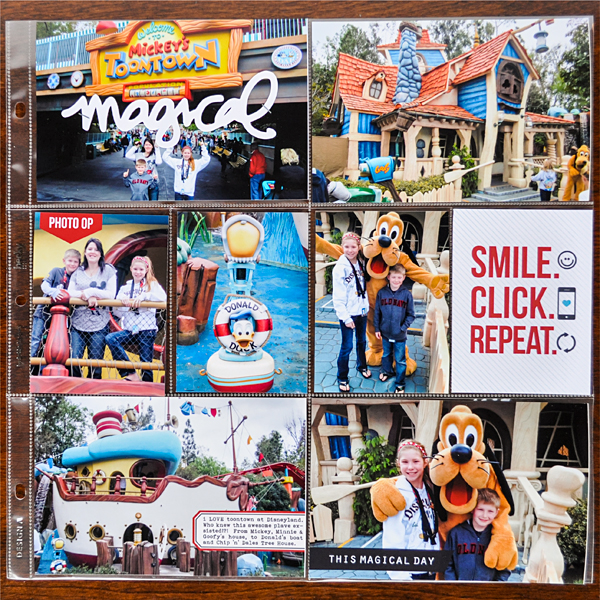 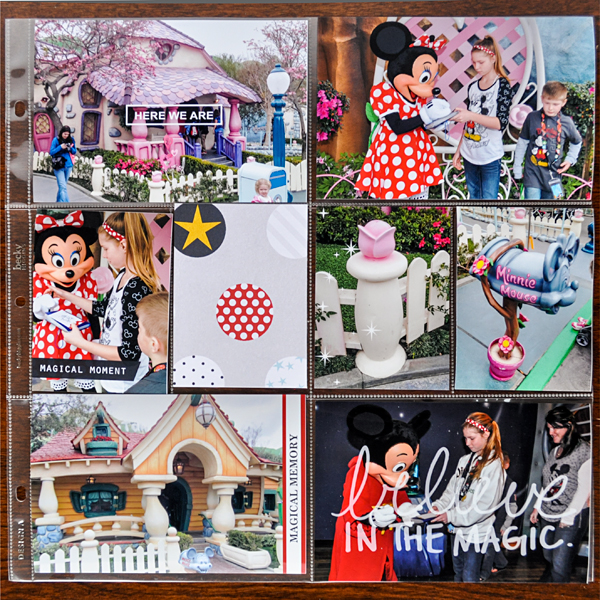 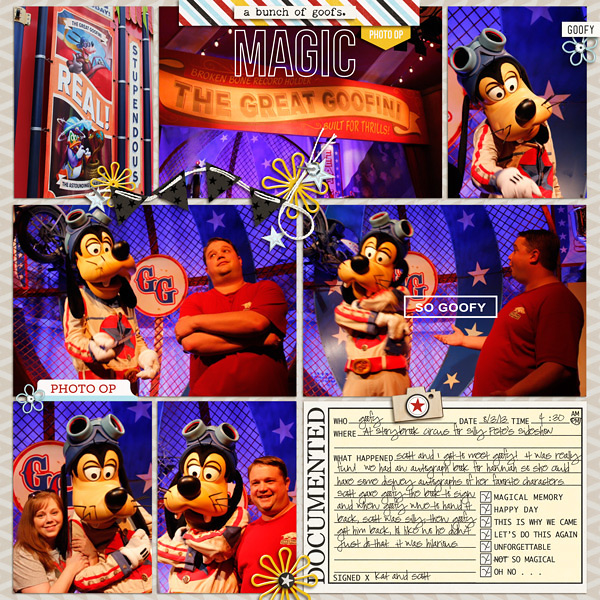