Disney is such a fun place to take pictures… there are so many things to capture from attractions, buildings, the people or “cast-members”, to even the small details. But above all, anyone that spends a day at Disney will probably have their pictures taken in front of the most famous icons. The most obvious things to photograph are the park icons: The Castle in the Magic Kingdom, Disneyland, and other Disney parks; Spaceship Earth in Epcot; The Sorcerers Hat in Disney’s Hollywood Studios; The Tree of Life in Animal Kingdom. I’m sure that if you’ve spent a day at Disney, you probably have pictures of your family by these icons.

TIP #1 | Take MANY Pictures in Front of the Icons – For example: The moment after entering the Magic Kingdom, you will see a lot of Photopass Photographers (or Disney photographers) along Main Street, ready to take pictures of you in front of the castle. This is a great place to stop for a few pictures. But be sure you don’t just take the typical family picture in front of the icon. This seems obvious, but a friend of mine once complained that the one picture she got in front of the castle didn’t come out well. (Plus, the more people in the group, the harder it is for everyone to look perfect in a shot.) It’s always better to have a lot of pictures to choose from, than having one that didn’t turn out the way you wanted. Try to get several different perspectives of the castle. Walk all around the icon and look for a less obvious angles. Perhaps one of these will inspire a better layout than just one picture from the front of the castle; also your pictures, and layouts, will be more interesting.

TIP #2 | PHOTO SPOTS – There are several paths around the castle where you can see the side of the castle. Not only are you getting less obvious pictures, but these spots usually won’t have as many people in the picture. Or another example would be to try the Rose Garden in the Magic Kingdom. At the Animal Kingdom, go see “It’s Tough To Be a Bug.” The 3D movie is inside the Tree of Life, so while in line and after the show, you can get close-up pictures of the carvings on the Tree. If you want a picture in front of the icon with virtually no one else in the background, get an Advance Dining Reservation (ADR) at a restaurant inside the park for breakfast before the park opens. Cinderella’s Royal Table or Crystal Palace at the Magic Kingdom, Tusker House in Animal Kingdom, Akershus Royal Banquet Hall in Epcot (Norway), Hollywood & Vine in Hollywood Studios and Minnie & Friends in Disneyland all offer such reservations. This is much easier than “Photoshopping” people or strollers out of the background of your pictures!

Here are a few layouts that use these tips for some great pictures of Disney icons: 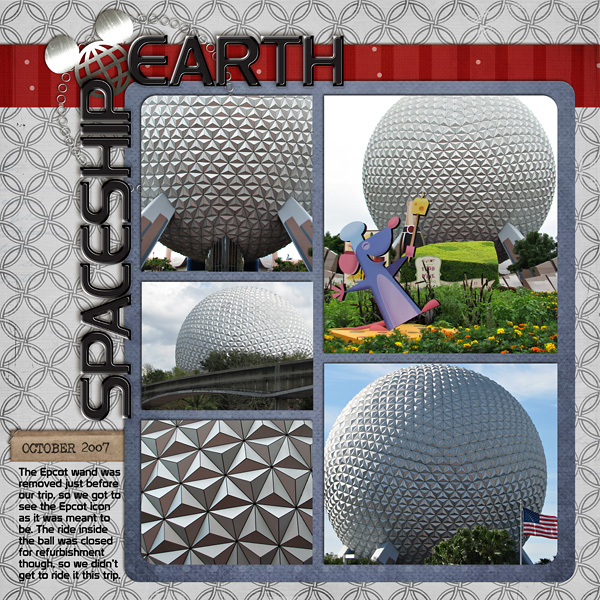 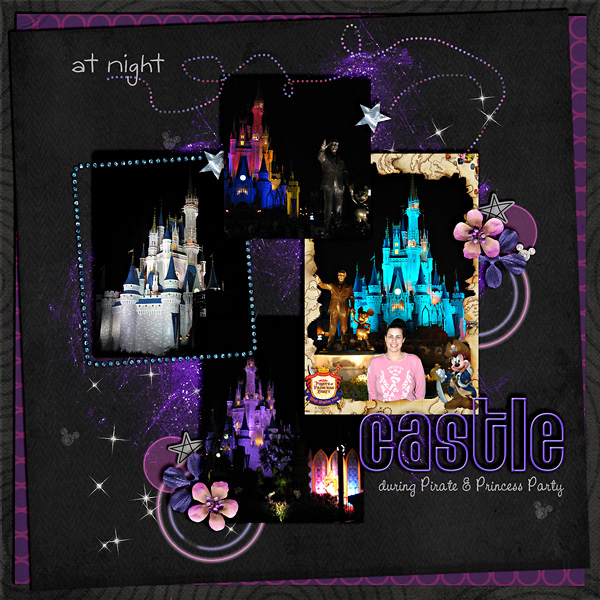 Using So This Is Love 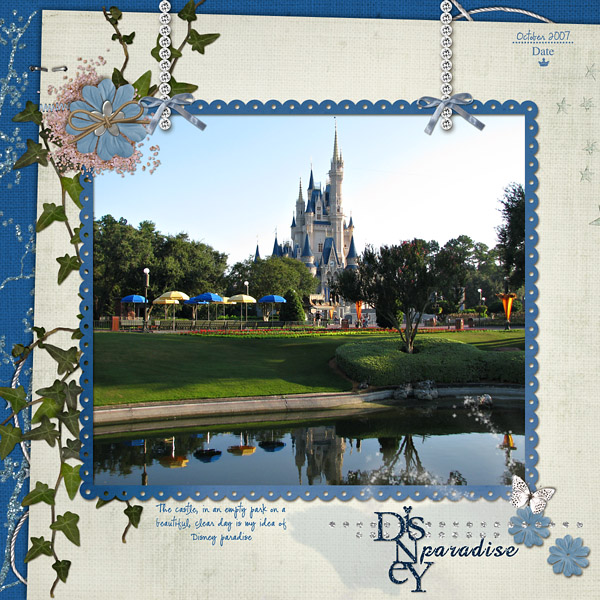 Give it a try. And if you have the perfect photo-taking spot at a Disney park, please comment below and I’ll share it as well!